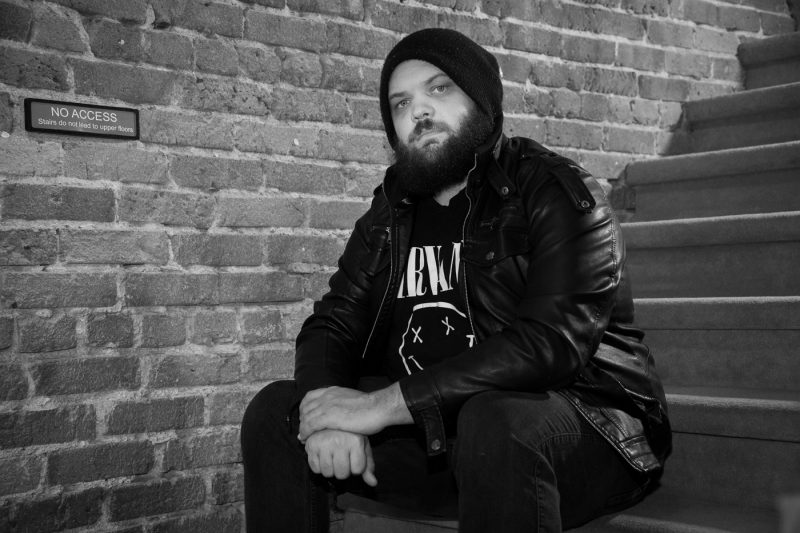 “It was a sink or swim moment in my life, I felt like this was gonna make me or break me, and I damn sure wasn’t gonna let it break me. When I was 21 my mom died of cancer. Before she passed away she told me ‘you gotta keep going, because life goes on’. Those were the three hardest words I’ve ever heard, life goes on. During that time my dad was telling me to keep making music. I think he figured if I focused on music, it would keep me on the right path and probably keep me out of trouble.  He had been focused on caring for my mom for months and never let me or anyone else know that he was in the middle of his own battle with cancer.”

“Exactly two months after I buried my mom I had to bury my dad. It was like he lost his will to live when she died. You hear about that kind of thing happening after a spouse dies. I just didn’t think it would happen that quickly.

After losing both of them I could feel myself slipping backwards, I remember visiting their gravesites and repeating over and over, life goes on, life goes on.  And I was like, this is it, I refuse to let this break me. I had to start looking to the future, I mean yesterday’s gone and tomorrow’s near, right?  I didn’t have any siblings and my extended family was spread out in different places, so it was just me and my music. Writing and listening to music became a sort of therapy for me. I’ve always listened to a lot of different kinds of music, From Robert Johnson to Nirvana to Jack White and John Prine.

As much as I loved Nirvana and the deep words Kurt Cobain wrote. It was just too depressing and I didn’t want to find myself getting too trapped in it. I didn’t want to get stuck in my own head and obsess over the situation in a negative way.  With Jack White it was about the expression behind the music. I mean the White Stripes was a two person band. They didn’t go looking for more, they did without, and did a lot with it. And that’s how I related to it, I can do a lot with what I’ve got right here, you know? But, I’d have to say John Prine was the one who really spoke to me. His words don’t get lost in complex musical structure, he keeps it simple and the focus is on the lyrics, the story, the point he’s making. His incredible poetry and expression can be shared and understood today just as much as when it was written 30 or 40 years ago.  When I heard the line “For if heartaches were commercials, we’d all be on TV” after my parents passed away, it really hit me hard and stuck with me.  I mean we all got heartaches, just some commercials are longer than others. One of my biggest heartaches is that my parents never got to see me play, but I’m sure they’re seeing it now, wherever they are.”

[Eric Caldwell started playing guitar around age 12. In his early 20’s he turned to playing music as a form of therapy when, first his mom, and then his dad were diagnosed with cancer.  “I was in a little band, and we played a couple of dive shows, house parties and stuff. It really helped while they were ill.”  After losing both of them when he was just 22, he put more of his energy into writing music as a way to keep himself, and his life on track. “I could feel myself slipping backwards, toward a dark place, I knew I had to keep focused on the future.”  The influences of Jack White and John Prine along with his life experiences began finding a way into his songs. During this time of grieving and focused attention on songwriting he found his own unique voice and developed a style that expertly blends and bends musical genres . As his solo act progressed, he booked a small tour taking him to New York, Chicago and Nashville.  Last year Caldwell began assembling a band, The Cruise Control to build on his solo sound. Just as they were gaining traction, Covid-19 hit and essentially stopped them in their tracks.  Since then, they’ve been writing, recording and anxiously awaiting the re-opening of live music venues.  So keep an eye out for Eric Caldwell and The Cruise Control, a band ready to hit the ground running as live performances begin to make a comeback.]