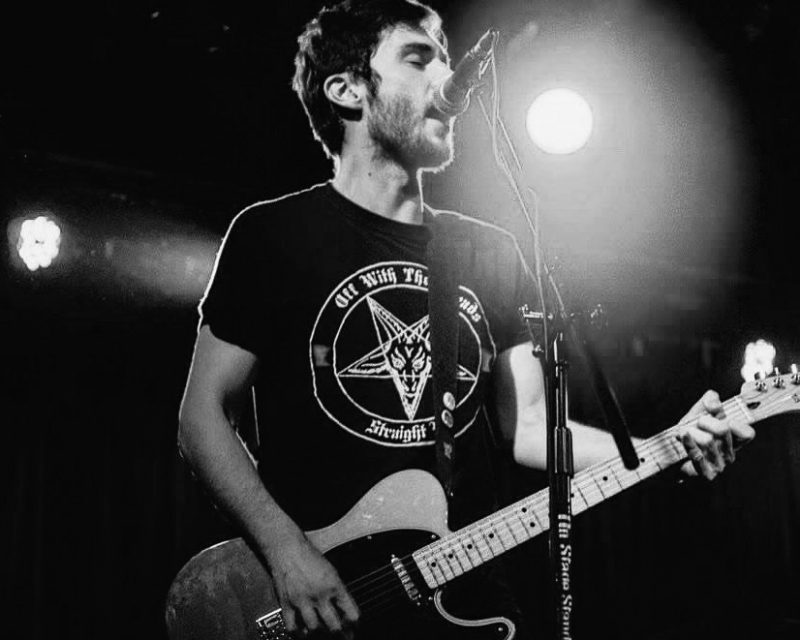 Andrew from The Carolyn on Banner Pilot

“Everyone else had seemed to have their future figured out, except for me, I had no idea what direction I wanted to go.  I was a junior in college, living in this small, podunk town. So many of my friends were finishing school and moving away. It was almost like a diaspora. They couldn’t wait to get out of there, move to the city and start a great career. I was like, fuck that. I didn’t want things to change. I mean, I’m happy right here. What’s so wrong with what we’re doing right here?”

“As they began moving away I felt super alone, you know? I felt isolated, like this part of my life was over. The clock was ticking, I had to figure out where I wanted to end up in life. They say your early 20’s are the best time of your life, which is largely true. But it’s not without its lows. It can definitely be an uncomfortable time when you’re trying to figure out who you are. There were moments I felt really defeated.

I’ve connected with music my entire life and I feel like it’s what has consistently fueled me. The song ‘Letterbox’ by Banner Pilot, really spoke to me at that time. I know it was written about something completely different, but the line, ‘maybe this isn’t forever, or maybe this is when you start to fight and you don’t surrender’ made me take a hard look at myself.  I remember feeling like, OK, maybe it’s not all over, you know? I just have to keep pushing forward. Because it’s not about reaching some magical destination, the perfect job, the perfect life. It’s about how you get there. There’s merit and just continuing, moving forward and enjoying the ride. You don’t have to win all the time, you’ve just gotta keep showing up to bat. You know what I mean?  I had kind of a bad habit of letting circumstances beyond my control impact my life back then. But I realized that the only thing that really counts is how I respond.  It’s not always easy, I still have to remind myself. But, thinking in that way has really been a strong coping mechanism for me.”

Andrew has been a life long music lover and is the founder of pop-punk trio The Carolyn based in Atlanta. “I’ve always gravitated towards music, even from a young age. I was born in 93, but I’m old enough to remember how huge that 90’s rock style of music was. I was like 6 or 7 when my friend stole ‘Enema of the State’ from his sister’s room. Listening to that CD changed my whole fucking world! I just felt like it was made for me, you know? And I knew at that moment, that this is what I wanted to do forever.”

Andrew started playing guitar while in elementary school and started his first band as a teenager. But it wasn’t until 2016, when a mutual friend introduced him to Peter Catalano from 59x Records that he began to gain momentum. “Peter originally signed me as a solo artist and we put out an EP. But I prefer playing in a full band, so I started looking for permanent members. Initially it seemed like I just had friends doing me favors. But I got lucky in 2017 with Dave and Ollie who wanted to do it full time. So it all just kind of organically evolved from a solo project into a full band.”

The Carolyn is currently working on their third album. As they continue to grow as a band their song writing process has become more and more collaborative. “With the first two releases, it was a more of a regimented kind of process. Now we trust each other. Like, if I say hey can you change this? The guys know that I’m not coming from a place of being a control freak. I’m just trying to serve the song. We’re taking our egos out of it as much as possible and just making the best songs we can.”

Andrew from The Carolyn on Banner Pilot
7 months ago

Curtis Eller – Keep on the Sunny Side
8 months ago