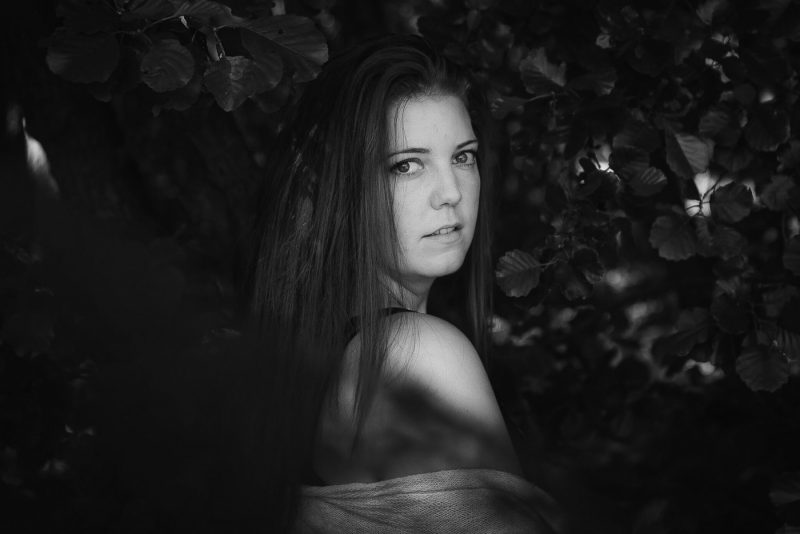 This vacation was quite different from others I had taken.  It was just me and my very best friend.  We rented a van, threw a mattress in the back, and drove through Sweden and Norway for three and a half weeks.  During our other trips we’d backpack, stay in hostels, and go into different cities spending time with all kinds of people.  But this time it was basically just us, So we had a lot of time to think and reflect on life. “Summer Storms” by Jake Etheridge popped up on the beautiful playlist we had selected to fill the silence as we drove through the mountains of Norway. I absolutely loved the vibe of the music and the lyrics were absolutely brilliant.  It’s quite a sad song about a guy who was just left by his girlfriend. She felt trapped in a small town and dreamt of bigger things so she finally decides to leave it all behind.  I completely identified with that girl because I grew up in a really rural, farming village in Belgium where everyone knows each other and no one ever leaves.  All my parents wanted was to keep me close, in that village. They thought I should go to school, get a good job, get married, have kids and live an ordinary life. Stability is everything to them and their generation.

We listened to “Summer Storms” so many times on that trip, over and over again on repeat.  The more I listened to it, the more I imagined I was that girl in the song who decided to leave everything behind. We’d usually end up in really deserted places, mountaintops miles from anywhere, no people, no internet, no nothing. It was in that space and time, with no distractions, listening to that song, that it became clear to me. Oh my god, I’m so sick of that village and the life I’m living, I have to get out. I have to start living my own life. I had felt suffocated in that village for so long and I knew that there had to be more for me out in the world.

When I returned home I couldn’t shake that feeling.  I knew what I had to do, but it was way too big of a step to just pack up and leave.  I didn’t even know where to start. The feelings inside of me continued to grow until one day my boss was being horrible to me.  I couldn’t take it anymore and I sort of got fired.  When I stopped, took a step back and looked at everything, I realized that this was the time to drastically change my life. I wanted to travel, I wanted to tell my own story through music. So I explained to my family and friends that I had to go for at least a year. I didn’t want to look back and regret never trying.  It was the scariest thing I’ve ever done. I had no idea if I was strong enough to adapt to new places, if I would be lonely. This would be the first time I was completely on my own. What if I run out of money, what if I realize after a few weeks that it’s not what I want and I have nothing to come back to? But I knew from experience that great things come every time I get out of my comfort zone. So yeah, it was the scariest thing I’ve ever done, but so far it’s been great!

[Elly Wild is a singer songwriter who found her voice in her early teens as she enjoyed being part of choirs and taking classical singing classes. She began performing in musicals such as Oliver! and The Sound of Music in her early twenties before joining the symphonic metalband Gallia in 2015.  “I used to be a really sensitive kid. So I put up this really tough exterior, I was always the tough girl. Which is why I think I went with a hardcore band like Gallia.” But more recently she has been concentrating on a different sound in her solo work. “The last couple of years I started finding my own path. I tapped into my feminine energy. And I think that’s when the possibility of Indie music started to open up for me.” When Elly made the choice to follow her path she left everything she had known her whole life to experience the lifestyle of a digital nomad, traveling around the world while writing her own songs. “With every phase of my travel, like, every couple of months, I take my experiences, put them into song and release it along with a video from wherever I am in the world ” Her music can be described as powerful indie music with inspiring lyrics. “Sister of My Soul” is the first song of the project “The song was written to my friend and soulmate who left to live on another continent, as I was about to go on my own adventure,  I wanted to tell her how much she means to me, and that even though it breaks my heart, all I want is for her to find happiness and peace.” Elly’s travels had to be put on hold because of Covid-19, and she’s anxiously awaiting to get back on the road.]